"Coach D", as she is affectionately known in the program, was named Girls Head Coach in April 2020. She graduated as an Honors Student from Hendersonville High School in 2005. She was a 4-year varsity player under Coach Plummer where she garnered many accolades:

Injuries prevented Coach D from playing in college, but she attended Middle Tennessee State University, where she earned her Bachelors of Business Administration degree. Due to her injuries, she took the opportunity to start her coaching career.  She currently holds USSF "E" and "D" Licenses.

Coach Tummons was named Boys Head Coach in April 2020. He graduated with Honors from Hendersonville High School where he was a 4 year varsity starter. During his high school playing career, he garnered many accolades:

After high school, Coach Tummons played collegiately at Belmont University in Nashville, TN. He graduated with a B.A. Degree and Masters Degree from The University of Tennessee. He holds both a National "E" and National "D" coaching license.

Coach Coffman returns to Hendersonville High School after graduating in 2016. He was awarded the Vickie Lynn Watson ‘Go Big C’ Scholarship as a senior varsity player. After his four years of being a part of the program, he signed to play for Trevecca Nazarene University, an NCAA DII program in Nashville, Tennessee. Coach Coffman served as Captain during his senior year and finished his college career ninth on the top goal scorer list with fourteen career goals. Prior to joining the Hendersonville High School coaching staff, he was a coach for local club Tennessee United (2017-2018) and Davidson Academy (2019).

Coach Coffman graduated from Trevecca Nazarene University in the Fall of 2019 with a degree in Sports Management and Biblical Studies. He currently holds a USSF "E" coaching license.

Paul is referred to as a "Rockstar" at Hendersonville High School, because he's so well-known and liked by the students and faculty. Paul graduated from Buchholz High School in Gainesville, FL. In college, he received Dean's List Honors multiple semesters while earning his Bachelor's Degree from the University of Florida and his Master's Degree from the University of Kentucky. 2023 marks his 25th year at HHS, but he has spent 27 years working with athletes at all levels including UF, UK, Georgia Tech and the Nashville Kats Arena Football League franchise. He spends countless hours at many school sporting events including football, basketball, and soccer.

Coach Plummer took over the Hendersonville High School Soccer Program in the fall of 1987 after several years with the national soccer powerhouse program at Indiana University. He attended Indiana University, where he served as an Administrative Assistant from 1983-1987. While at Indiana, the men's team won the NCAA National Championship in 1983, and were NCAA National Finalists in 1984.

In his 33 years as coach of both the girls and boys teams, Coach Plummer elevated the Hendersonville program into one of the premier high school programs in the State of Tennessee. 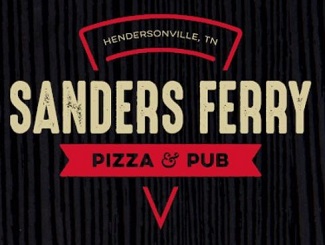